In order for black lives to matter, Africa must matter – Burna Boy 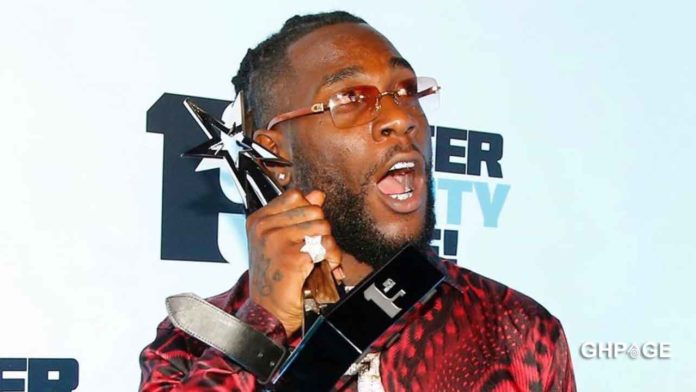 For the second time in a row, Nigerian Afrobeat artiste, Burna Boy has won the Best International Act of the Year.

Last year, his manager who is his mother made the appreciate speech but this time, he made it himself in a video after famous model, Naomi Campbell announced him the winner last night.

In his appreciation speech, he said, “Thank you very much BET, the second time, I appreciate it. I’d like to use this opportunity to say that sometime around 1835, there was a mission to turn Africa, the nation of Africa into a dominated nation. Now is the time to overturn that and go back to the royalty that we were because, in order for black lives to matter, Africa must matter. Thank you very much, I appreciate it”.

THE @NaomiCampbell presents the Best International Act #BETAwards 20 to the amazing @BurnaBoy!

The African Giant beat off competition from South Africa’s Sho Madjozi, Dave and Stormzy from the UK, Innoss’b from the Democratic Republic of Congo, Nino and S.Pri Noir (both from France).

The awards ceremony hosted by Insecure star Amanda Seales was presented virtually due to the ongoing Coronavirus pandemic.