by Lamy Gates
in Celebrity News, News
Reading Time: 2 mins read
A A
0 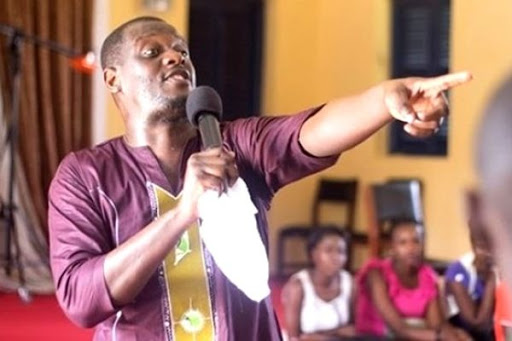 In 2012, Ofori Amponsah announced that he had been called by God to serve as Evangelist and Prophet so he left to establish a church.

But in 2018, Ofori Amponsah who has been nicknamed ‘Alewa Pastor’, disclosed he established the church out of frustration.

“I can say God did not call me to be a pastor; maybe for something else,” he told Delay in an interview.

“Only a fool doesn’t change his mind. I know what my strengths are. I don’t feel like writing Gospel music. Gospel is my belief, and I will not change from it. It is a belief I have in God, I won’t change. But I don’t think that God calls everyone to be a gospel singer,” he added

Lord Kenya who was once a Hiplife artiste featured Ofori Amponsah on his ‘Born Again’ song.
Speaking about his days in the music industry on Citi TV’s Upside Down show, Lord Kenya mentioned the song he did with Ofori Amponsah. The host of the show, Frema Adunyame asked him about how he feels about Ofori Amponsah’s switch from doing God’s work to the secular songs.

He replied saying he feels sad about the turnaround but is hopeful that God does wonders and could do anything at any time He pleases.

Recounting how he was tempted with bags of money to return to the music scene, he said the work comes with so much temptation from all angles.

“Sad sometimes but you see our God is awesome God. He can do anything at any time so let’s bear him in prayers. Let’s continue to pray for him because you see me, they tempted me with like three or so Ghana Must Go bags of money for me to get back,” he stated.

“They wanted me to just come back and do secular and I said no and the same time they opened the money, he reiterated adding that the people who brought the money had planned for his come back onto the music scene but he stood his grounds and overcame.

Highlife artiste, Kofi B has claimed that Ofori Amponsah’s church has been turned into a drinking bar after he left it to return to doing secular music.