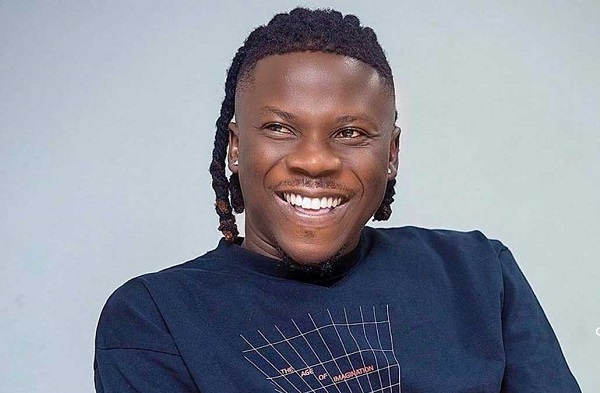 Ghanaian dancehall and Afrobeat artiste, Stonebwoy has received a certificate for his participation on Morgan Heritage’s song ‘Reggae Night’ which got nominated in the Grammy Awards in 2017.

The certificate award to Stonebwoy by the Recording Academy is in recognition of his participation as a featured artiste on the Grammy award-nominated recording ‘Avrakedabra’ by Morgan Heritage’s nominated in Best Reggae Album category in the Grammys in 2017. 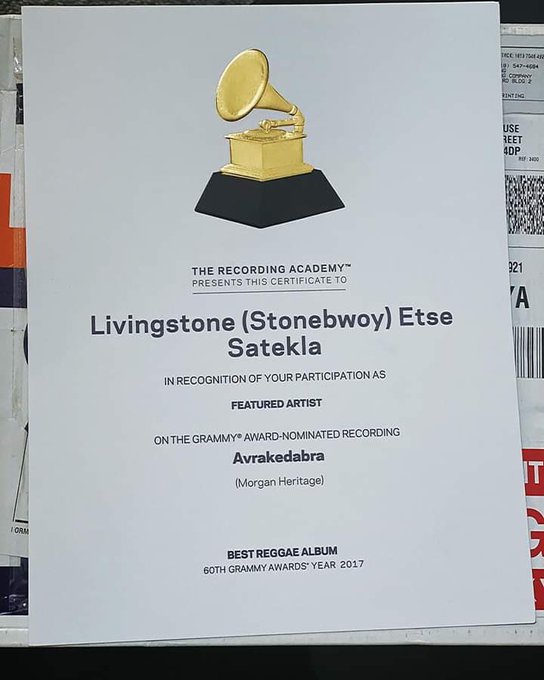 Stonebwoy is one of Ghana’s topmost artistes who is bent on making great strides outside the country.

His recent ‘Anloga Junction’ album which features American superstar Keri Hilson, has won him a lot of spurs on the world music market.

Stonebwoy has also worked with international artists such as Sean Paul and Teni.