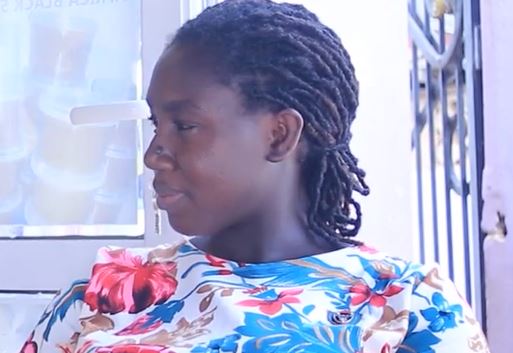 It appears Funny Face’s baby mama Ama Vanessa is fed up with all the things he goes about saying about him.

She has opened up on all the things Funny Face did to her while she stayed with him at Kasoa.

Yesterday, Vannessa told Zionfelix that he would call her and insult her mother.

To prove this, he played voice notes of his insults to her mother to the reporter.

The woman who is nine-months pregnant for Funny Face said there were times that he pulled guns to fire warning shots at her.

She said she left the comedians house because he told her he had cursed his premises and that if she stepped foot there, she would be affected.

Vanessa further noted, in the interview with Zionfelix that she was not even allowed to use a phone.

In a separate interview with GHPage, Vannessa noted that Funny Face has been lying about things that happened between them.

She said Funny Face has been making stories up to good in the eyes of people; a reason she decided to come out to tell her side of the story.