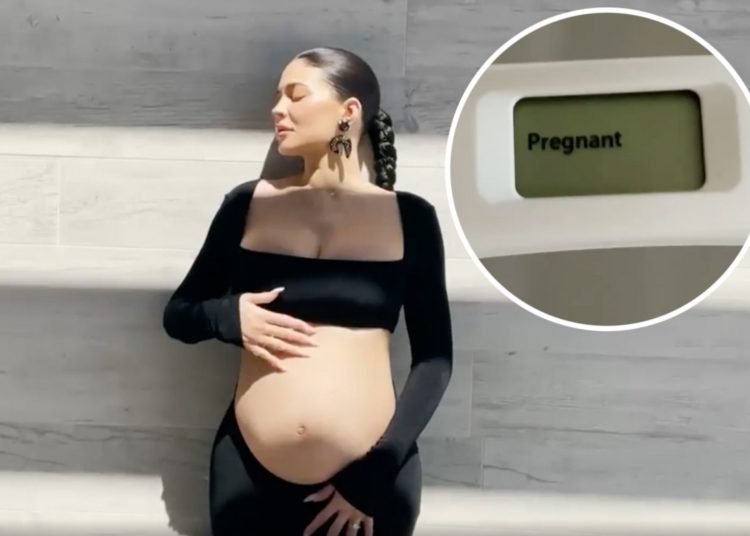 The makeup mogul confirmed Page Six’s report from August that she is pregnant and expecting her second child with Travis Scott.

A clip she posted begins with a closeup of a positive pregnancy test in Jenner’s hand and continues to several shots of the 24-year-old with Scott and their daughter, Stormi.

In the video, Jenner’s mom, Kris, exclaims after learning that her youngest child is expecting baby No. 2.

She says this is one of the happiest days in her life.

The person performing an ultrasound tells Jenner in another scene that she’s “a couple of days away” from hearing the baby’s heartbeat.

Five days after page six broke the news in August, fans seemed to think that Jenner had revealed the sex of the baby by referring to Stormi as her “favorite girl” on Instagram — thus indicating the presence of a boy somewhere.

Whatever the baby’s sex, Jenner has plans to expand her brood in the future.