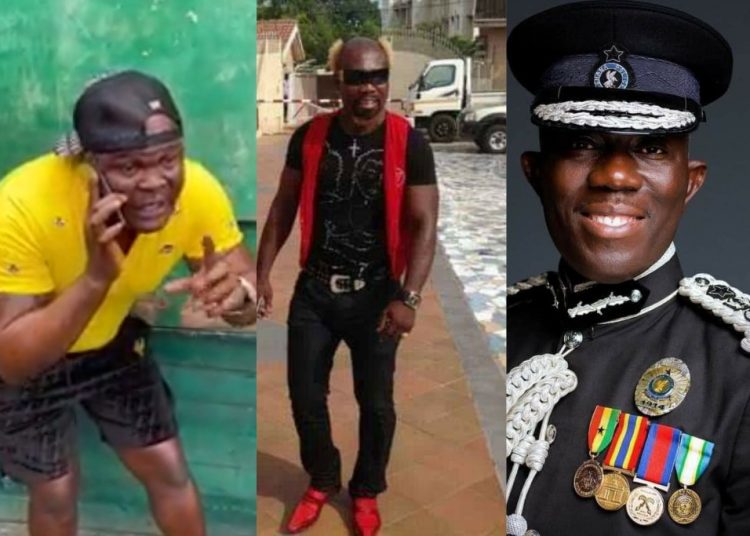 Controversial boxer, Braimah Kamoko aka Bukom Banku has cautioned his colleague, Ayittey Powers, to stay away from trouble or risk getting arrested by police for flouting the law.

Bukom Banku, in his latest skit, described the Inspector General of Police, George Akuffo-Dampare, as a no-nonsense man who will not hesitate to order the arrest anyone who disobeys the nation’s laws.

According to Bukom Banku, the IGP since taking office in 2021, has already demonstrated his firmness by arresting some high-profile individuals including dancehall artiste, Shatta Wale.