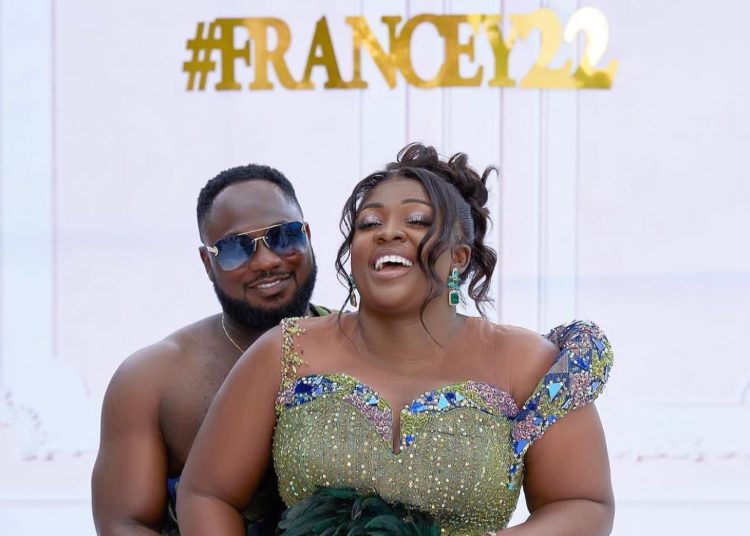 Tracey Boakye says her marriage to Frank Badu Ntiamoah, has made her the happiest woman on the planet.

Tracy tied the knot with Frank in a much-publicised wedding ceremony. Since then, the couple has become the hottest topic on the internet, as news of their marriage surprised many social media users.

According to Tracey Boakye who once spoke against getting married in an interview with blogger Zion Felix, she is the happiest woman in the world right now because of her marriage.

She added this message as she shared a photo to mark the one-week commemoration of her wedding. “Exactly a week ago by this time 😊. Thank you, Jesus 🙏🏿. I’m the happiest woman right now!!!,” she wrote.