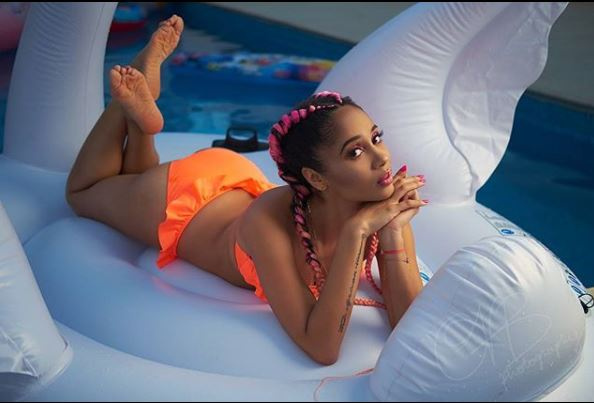 Sister Derby is making waves in the movie industry with a new one soon to be available on Netflix.

The former beauty queen announced on Instagram she will make a cameo appearance in a Spanish movie directed by award-winning Spanish director Paco Leon and distributed by Netflix.

Titled ‘Rainbow’, the feature film is a coming-of-age story of a teenager with extraordinary musical talent who leaves home with her dog after an argument with her father. A modern-day adaptation of the American musical Wizard of Oz, the film will incorporate music, dance, fashion, plastic arts, and other aspects of contemporary culture.

The Ghanaian-Romanian actress born Deborah Vanessa Owusu-Bonsu did not reveal her role in the movie. However, she disclosed she was recommended by her friend, Lapili, a Spanish musician.

Captioning her post, she wrote; Last year I ‘cameod’ in an amazing Netflix Spain movie created by @pacoleon #Rainbow #RainbowPeli We shot our scene over 12 hours at the outskirts of Madrid, Spain in the blazing hot summer (my favorite time of the year). Thanks to my superstar friend @lapili_ for recommending me! Being a part was so much fun. It’s out on @netflixes on 30 September 2022!

Deborah Vanessa Owusu-Bonsu was born in Ghana to a Ghanaian father and a Romanian mother.

She is a television show host, model, musician, academic and graphic artist.

She is the sister of popular hiplife musician Wanlov the Kubolor who starred in the film Coz Ov Moni.