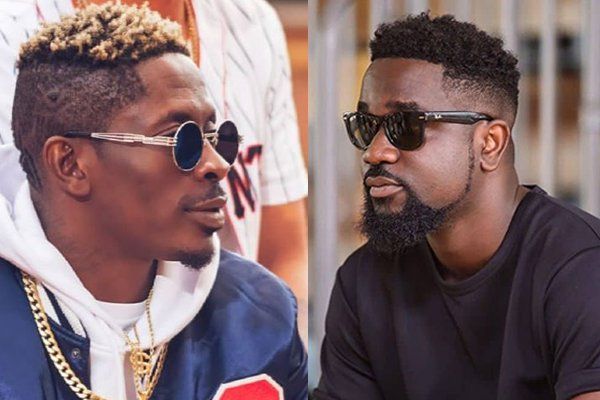 Shatta Wale has come under a lot of pressure on social media in the last few days for not congratulating Sarkodie for winning Best International Flow, BET Hip pop 2019.

Some say he is pained he is not the one who won the award.

Although Sarkodie congratulated him on Shatta Wale’s ‘Already’ collaboration with Beyonce, the dancehall act says he does not see it necessary to congratulate Sarkodie.

He explained that he and Sarkodie are not on good terms and as their issues have not been solved, there’s no need to pretend everything is good.

When Paul Adom-Otchere asked him why he did not congratulate Sarkodie, he replied, “Oh I don’t think it’s necessary cos the industry is trying to always portray that we’re good, things are okay, this is it. When you get here you’re there” he said.

“I don’t see awards like something that’ll give me money in my account so I don’t really take it like…,” he said, trailing off at the end.

When asked if he hates the rapper, he said he does not but his problem is Sarkodie lives a lie.

“With him, the whole problem is that they’re trying to portray a certain kind of lifestyle in the industry that is going to affect most generations to come “

“I don’t see it like it’s important” he reiterated why he did not congratulate him.

“I don’t dislike him. he’s a very good guy that I really was close to some time ago but I think he has a wishy-washy brain. He thinks to be in the industry you have to live a certain kind of life but that is not my life. I don’t believe in portraying a lie life to somebody”