Give Becca a break; she’s not the first artiste to sample a song

by Kwame Dadzie
in News, Videos
Reading Time: 2 mins read
A A
0 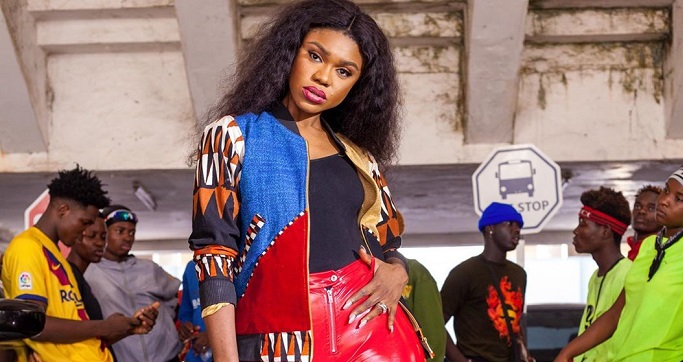 When did it become a crime for an artiste to sample, remix or remake another artiste’s songs?

I just cannot understand the sudden hurling of insults at Becca for her new song ‘No One’.

Social media is inundated with comments from people who have expressed disappointment in Becca for copying Sho Madjidzo’s ‘John Cena.’

Becca really needs song writers or some new ones because this really sucks 😔 pic.twitter.com/NhB2d17krC

Wendy shay is a alot things but not stealing or sampling of someone's music verbatim
Becca and copy copy …. no wonder her classmate Rose said in a tweet it's one of her many hidden unused talents
Becca nie 😂😂😂

The truth is that Becca did not even use the same beat and patterns from ‘John Cena’. Yes, it is clear she took inspiration from it but the producer programmed the whole beat for ‘No One’ a new. Secondly, Becca did not use the lyrics of Sho’s song.

And for the records, this is not the first time Becca is remaking a song from South Africa. In 2014, she released a song titled ‘Move’, a near-remake of Mafikizolo’s ‘Khona’. So why are people going bonkers for this one?

From all indications, Becca is trying to tap into a different music market by trying new things. She demonstrated this in her song with Shatta Wale, ‘Driving Licence’, which was released in July 2019. On that song, she did more rap than singing.

The sad thing is that most of the people criticising her for her new song ‘No One’ are not doing so because the song is not nice but because they think she has departed from her usual style and has also stolen Sho’s song.

Can we allow artistes to experiment with their creativity for once? Are we not the same people that get mad at artistes for doing the same things over a long period?

Provided Becca sought permission to do her version of ‘John Cena’, there nothing wrong with what she has done.

In Ghana, great musicians like Kojo Antwi, Rex Omar, Sarkodie, Wutah have all sampled songs before. Elsewhere in the world, Kanye West, Drake, Ed Sheeran, Miley Cyrus, The Weeknd, Kendrick Lamar among a blizzard of musicians the world over, have made their songs from other people’s songs.

Give Becca a break!

Allow her to keep experimenting until she finally stops recording songs by the end of the year, as she promised.