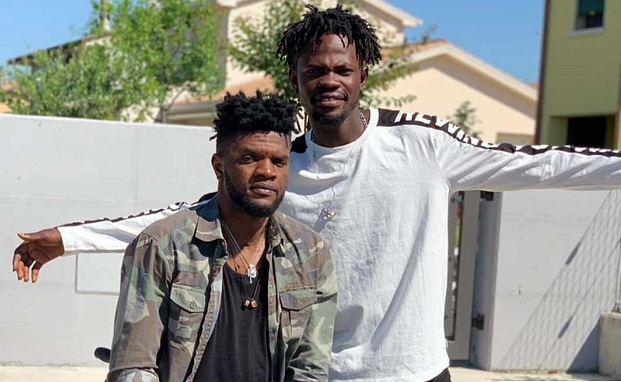 Just when people thought Fameye and his former manager Ogidi Brown had squashed their beef, the latter has issued a warner to the ‘Nothing I Get’ singer.

Ogidi Brown who executively produced most of Fameye’s early-day songs, has issued a statement to deter Fameye to stop claiming ownership over songs he produced for him on YouTube.

He also asked him to stop performing any of the songs at shows.

“@fameye_music Never try to claim the songs and videos I produced for you else you will see another side of me, I swear my brother go in peace Never even sing the song I produced for u on any platform, this is the last message for you. Ungrateful, next will be action,” Ogidi Brown wrote on Instagram.

A few days ago, both Fameye and Ogidi Brown announced that they have mutually terminated their working contract. 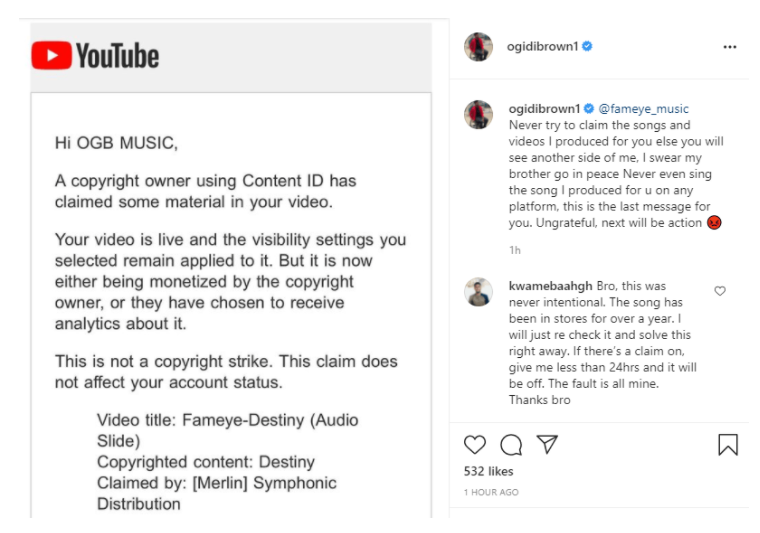