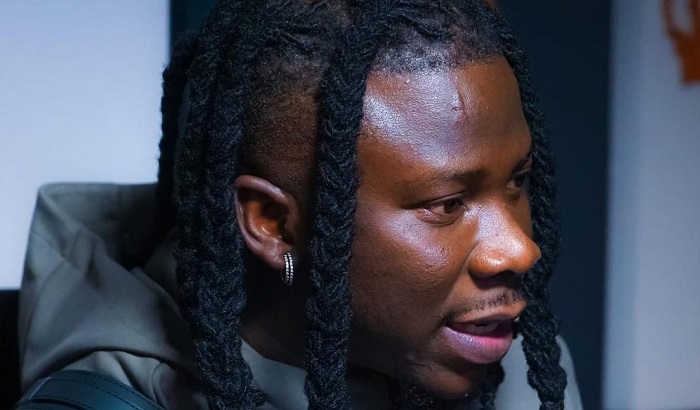 News of Stonebwoy receiving two Grammy nominations for being featured on Grammy-nominated albums by some Jamaican musicians was all over the media last week.

However, some journalists and social media users who sought to educate people on the rules of Grammy Awards nominations challenged Stone’s nominations.

According to them, featured artistes on nominated albums are not automatic nominees in the Grammys; they only receive certificates of participation for their contribution to the awarded world.

Rocky Dawuni, adding his voice to the education said on Breakfast Daily that it was wrong for any artiste to claim that they have been nominated for the Grammys because they featured on a nominated album unless their names are captured in the nominees’ lists.

In the wake of this, Stonewboy has thrown subtle shots at his critics, saying they are quick to remove credit from a young kid like him.

In a post on his Snapchat story, Stonebwoy claims he wrote, quote “Chairman is so quick to remove credit on a kid! We know them oo. But we think say them change o chai them never change.”