by Kweku Sekyi
in Celebrity News, Music
Reading Time: 1 min read
A A
0 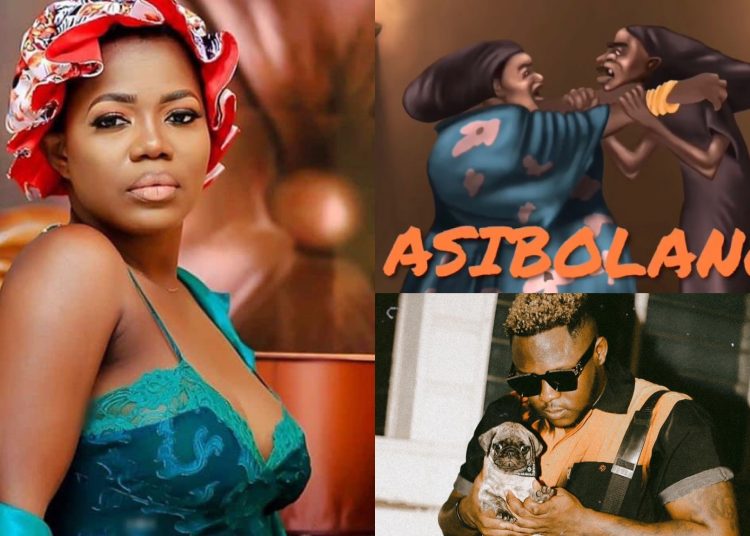 Mzbel says she could have had Medikal on her song, ‘Asibolanga’ but the collaboration didn’t happen because the rapper kept “tossing” her.

In an interview with video blogger, Sammy Kay, Mzbel disclosed that she went ahead to do the song alone after realising that MDK was not interested in her proposal.

“l wanted to put Medikal on the Asibolanga song, but unfortunately, he was feeling pompous. I tried to reach out to him through his wife (Fella Makafui) and the response was not positive. They kept tossing me around,”

“He had already listened to the song. You know sometimes people don’t feel the music and maybe because of our relationship, he was afraid to tell me,”

When she dropped snippets of the song two weeks ago, some people suggested it was a jab at her old friend and now arch-rival, Afia Schwarzenegger.

The song’s controversial title, ‘Asibolanga’ is a name often used by Nana Tornado to refer to Afia after they fell out and started beefing with each other on social media.

Mzbel and Afia Schwar have been at each other’s throats for about three years now, as they keep exposing their secrets online. The two have been throwing shades at the least chance they get.

The audio slide for Asibolanga hit over 100,000 streams on its first day on YouTube alone.