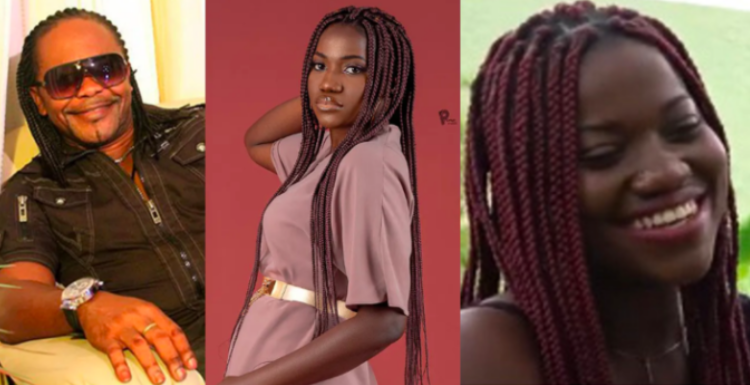 Ghanaian veteran musician, Ernest Owoahene Nana Acheampong, nicknamed Champion Lover Boy, is counted among the nation’s greatest Highlife music composers.
Sheila, a daughter of the music great, has declared that her father doesn’t care about my music career at all.

In an interview, Sheila Acheampong, however, reiterated that she is not under any form of pressure to walk in the shoes of her father but rather feels motivated to build her music brand considering her family background and her father’s influence in the local industry.

Speaking to Felicia Osei on Onua FM, Sheila Acheampong said if the need comes for her to collaborate with her father, there will certainly be a way but from the look of things, the vibe of father-daughter is not really there.

But from the look of things, all is not well with Nana Acheampong and Shiela Acheampong in terms of their relationship.