by Kwame Dadzie
in Fashion, News
Reading Time: 6 mins read
A A
0 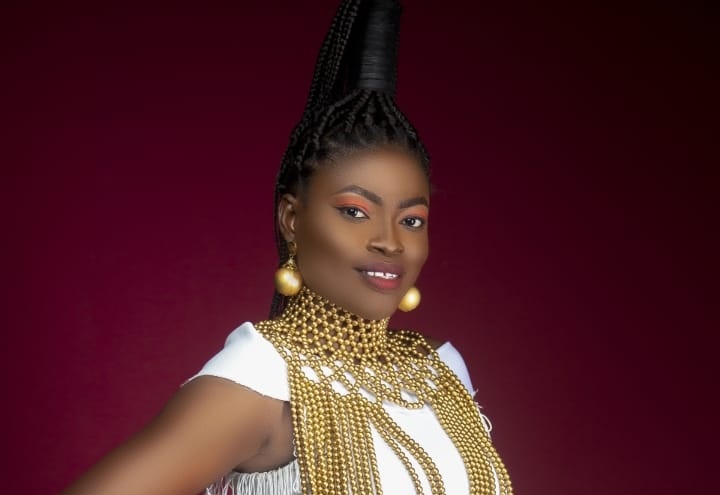 A Ghanaian designer called Aphia Sakyi who provided fashion accessories for characters in the Hollywood movie Coming 2 America, has spoken about how she got the deal.

Speaking to Kwame Dadzie on Citi FM’s ‘Celebrity Radar’, she said she was contacted through a message from the producers that they needed some accessories from her for their costuming.

“They sent a message regarding the pieces they wanted to use and then I sent a piece as a sample for them to decide if it works for them. And it worked so they requested for more pieces and then we sent to them,” she said.

Aphia noted that she designed pendants and necklaces for the prince and other characters.

She said apart from Coming 2 America, she has also worked with Janet Jackson and other Hollywood productions.

“We worked with the Lion King; they used our pieces in their music video, and then Tiffany Hadish, Ciara, the list goes on,” she added.

Aphia Sakyi who usually produces African designs for her accessories gave the costuming a more African touch and a buzz to the fashionista’s eye.

Her signature African brass-faced necklace was used throughout the movie as seen on most of the characters including the princess.

Being in the fashion space for the past seven years, Aphia said she has gotten more exposure after her accessories got featured in the Coming 2 America sequel.

“The movie has really helped the brand and we have gained a lot of recognition in Ghana and in Africa as part of the designers featured in the movie which is a plus for the country. It will also encourage up-and-coming designers,” she added.

Magdalene Afia Sakyi was born in the Brong Ahafo Region of the West African nation, Ghana.

While studying Business Administration at the Regent University of Ghana, Aphia decided to switch to her long-time passion of designing clothes when she was unable to finance her education. A decision she has no regrets for.

Starting out as a sales agent for a school uniform tailor in her vicinity, Aphia’s undying desire to improve her craftsmanship pushed her to acquire knowledge in Fashion and Design.

Magdalene Sakyi, now a thriving fashion entrepreneur, manages her own design school and fashion label established in Labone, a suburb of Accra.

Afia’s outstanding accessory designs have gained recognition across the globe with her latest collection “50 SHADES OF PRINT”.

A piece from the collection was featured by music icon Janet Jackson in her first Instagram video in honor of her brother, Michael Jackson, which has since promoted the brand worldwide. Aphia Sakyi has also been recognised by Her Royal Highness Princess Haifa Faisal of Saudi Arabia, Leddy Young, Tarana J. Burke, Tiffany Haddish, Ciara, Lika Osipova, Maye Musk, Yvonne Okoro, En Vogue, The Lion King musical, and many other celebrities who have taken Ghanaian and African products across the globe.

Today, Afia encourages skill acquisition through apprenticeship and has so far groomed 50 aspiring fashion designers through her Creative Design School. Her ambition is to expand the school to accommodate more talented designers from Africa.

Afia’s success is no surprise, as her brand was awarded the Accessory Brand of the Year at the 2018 Fashion GHANA Honours and Awards. Aphia Sakyi has also been featured on the runways of AFI Cape Town Fashion Week, Accra Fashion Week, Passion for Fashion Showcase, and the Africa Fashion Week, London.