by Kwame Dadzie
in News, Videos
Reading Time: 2 mins read
A A
0 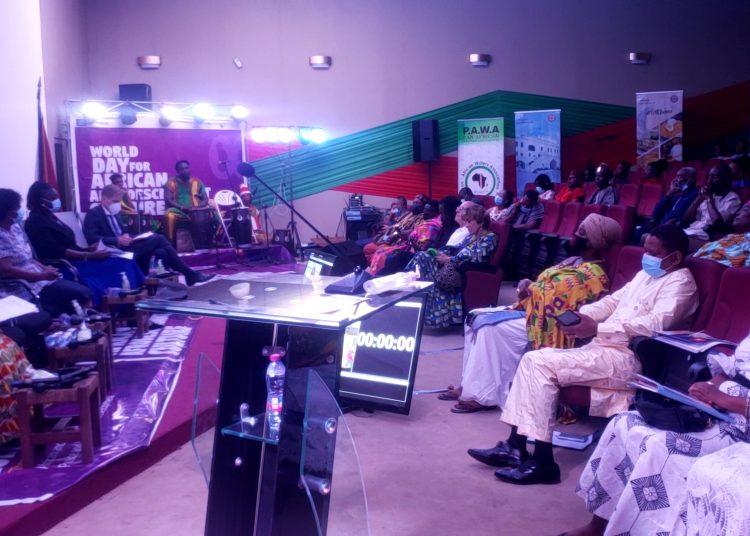 A colloquium was held at the Accra Metropolitan Assembly Conference Centre to discuss the integration of African history and culture into school curriculums with submissions from Dr. Violet Makuku of the Association African Universities (AAU), Yao Ydo, Director, International Bureau for Education, UNESCO/IBE, Dr Aurora Vergara among others.

The programme was intended to stimulate intellectual discourse around critical themes common to Africa and people of African descent, such as the Incorporation of the African History and Culture in Education/Curricula and in the Creative and Cultural Industries, and Reconciliation.

Each year, the World Day for the African and Afro-descendant Culture is celebrated on the 24th of January in recognition of the many vibrant cultures of the African continent and African Diaspora around the world. The event also promotes these cultures as an effective lever for sustainable development, dialogue, and peace. Promoting the African and Afro-descendant cultures, as rich sources of the world’s shared heritage, is crucial for the development of the continent, and for humanity as a whole.

UNESCO adopted the 24th of January as the World Day for the African and Afro-descendant Culture at the 40th session of the UNESCO General Conference in 2019. This date coincides with the adoption of the Charter for African Cultural Renaissance in 2006 by the Heads of State and Government of the African Union. Celebration of this day also aims to promote the widest possible ratification and implementation of this Charter by African States, thereby strengthening the role of culture in promoting peace on the continent.

The Day was an initiative of Mr. John Dossavi, President of African Network of Cultural Promoters and Entrepreneurs (RAPEC) and backed by the Republic of Togo. The proposal to proclaim January 24 as the World Day of the African and Afro-descendants culture was submitted by Liberia, Mozambique and Togo and examined by the UNESCO Executive Board at its 207th session.

From January 24-26, Ghana will be celebrating this day to highlight the contributions of cultures of the African continent and the African diaspora around the world, as well as their role in driving sustainable development, dialogue, and peace. This year’s celebrations will be led by the African Network of Cultural Promoters and Entrepreneurs (RAPEC), the government of Ghana with the Ministry of Tourism, Arts and Culture and its agencies, the Associations of African Universities (AAU) with support from UNESCO.