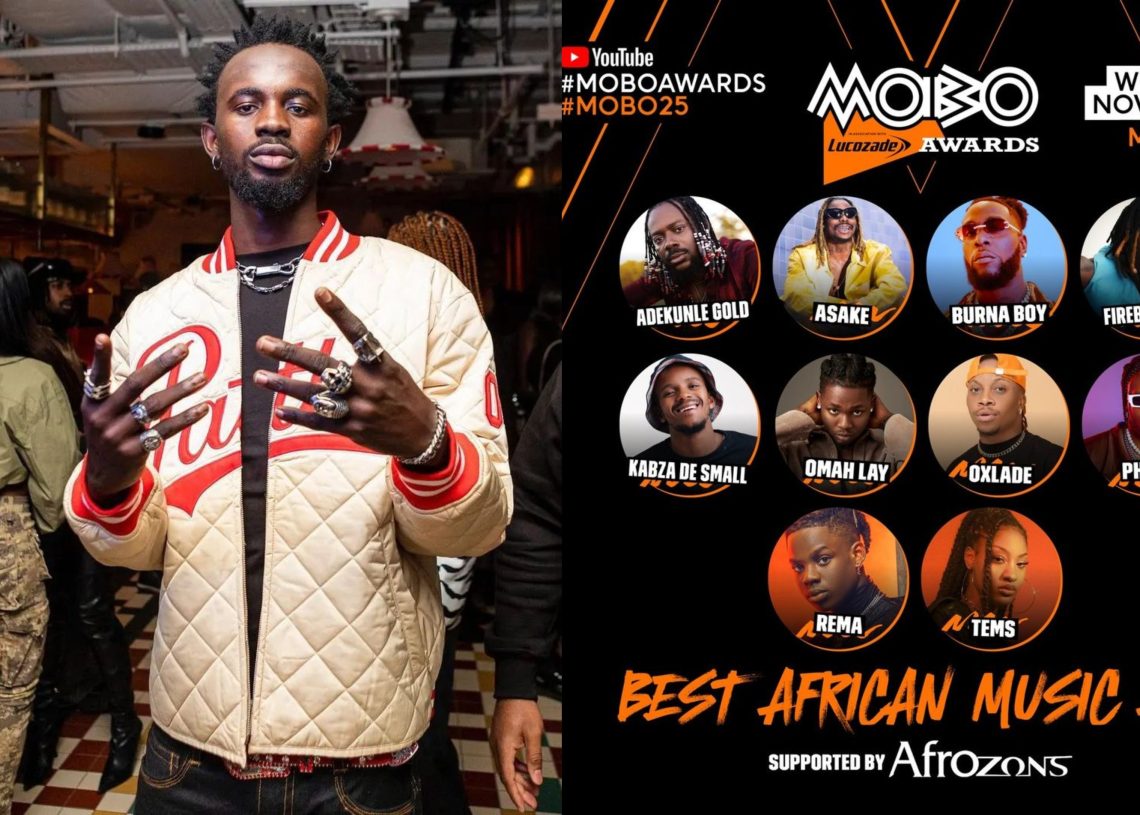 Black Sherif performed at the 25th anniversary of the Music of Black Origin (MOBO) Awards, which took place at the OVO Arena in Wembley.

The night was big and black magnificence, with performances by legendary artists like Nile Rodgers, Craig David, Tion Wayne, and Fireboy DML among others.

The mainstream Hiphop artiste wowed the charged audience by dropping his popular Second Sermon Remix and Kwaku The Traveller songs.

Sark made this known when he was engaged in a chit-chat on 3Music TV while promoting his recently released album, Jamz which includes Blacko on the song Countryside.

Sark asserts that Black Sherif has a unique sound that is in line with current trends and has helped him amass a sizable, devoted audience both domestically and abroad.

He expressed his happiness at the attention received by local artists on a global scale. During the interview, the multiple award-winning rapper humbly implored fans to refrain from inciting conflict among artists and instead concentrate on promoting Ghanaian music.