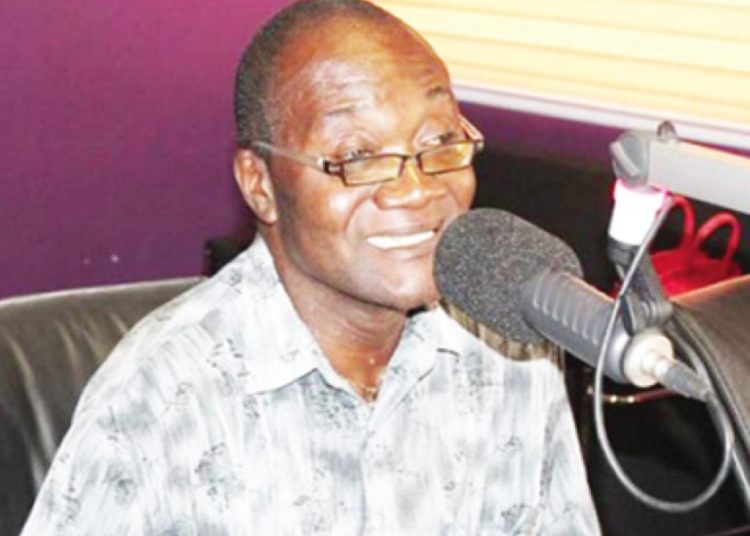 Veteran Ghanaian actor Abeiku Nyame better known as Jagger Pee has recounted how he underwent a successful open-heart surgery in 2016.

Jagger Pee who started his professional acting in 1984 and played a lead role in the popular TV Theater series battled with an enlarged heart for almost a year.

Because of his deteriorating health, he was quickly transferred to the 37 military hospital where he was scheduled to undergo a series of tests that would ascertain whether he would undergo a heart surgery or not.

Jagger, who never had an amount of Ghc2,500.00 to undergo the medical test made a passionate appeal to President Mahama and the general public. The veteran actor’s passionate appeal yielded results as he was able to get over Ghc7,000.00.for the test.

After going through the test, the result indicated that the actor was suffering from rheumatic heart disease with severe aortic valve incompetence and mild to moderate mitral valve regurgitation.

Jagger, who then needed a whopping Ghc 40,000 to undergo an open-heart operation to replace the valve with mechanical prosthetic valve made another passionate appeal.

The initial cost was for 20,000.00 dollars but the Ghana Heart foundation assisted him by paying 50 percent which is 10 dollars and the founder and founder of the Glorious wave Church International, Prophet Emmanuel Badu Kobi together with his congregation raised the remaining.

He then underwent a successful open-heart surgery on 1st October, 2016 at the National Cardiothoracic center at the Korle Bu Teaching Hospital.

Speaking in an exclusive interview with Citi FM/TV’s entertainment news website Ghanaweekend.com, Jagger Pee while recounting some of the reprehensible moments of his life said:

“I should’ve died in 2016 because I was told I was going to die without the surgery….Seriously, I successfully underwent Open-heart surgery and before that I needed money, over GhC40,000.00 and there was no hope until I made an appeal and Pastor Badu Kobi and other benevolent persons came to my aid”.

Sounding extremely elated, the legendary Ghanaian actor added,” Now I look like a 25-year-old… I look very healthy and I thank God for that…It was just a Miracle…because I thought I was going to die”.

In 1996, alongside his friend and music star, Gee Man were sentenced following a shooting incident at the CFC Flats Dome in Accra, in which a taxi driver was killed.

He was granted amnesty after serving two years of his life sentence, half of which was on death row. He was one of the leading actors in Ghana in the 90s and has made a tremendous contribution to the Ghanaian movie industry in spite of his stint in prison.