SAD STORY: How gospel musician Helena Rhabbles got dumped by her ex-husband 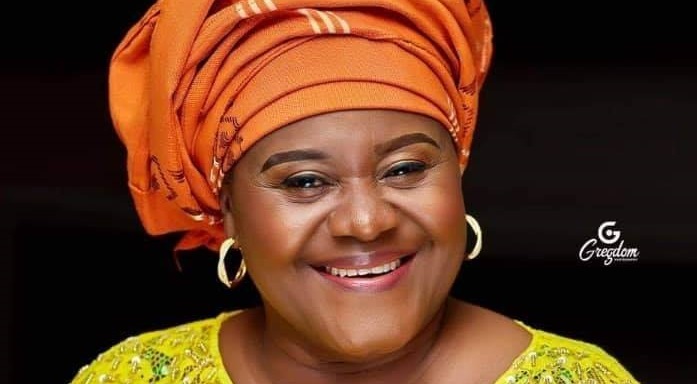 Veteran Gospel musician Helena Rhabbles (born Helena Esi Mends), has told a story of how her husband divorced her in 1995.

In an interview with Stacy Amoateng on ‘Restoration’, she said her husband had then traveled to the United Kingdom to study.

When he returned a year and a half later, he told Helena to accompany him to a church meeting only for her to know that they were going to get divorced.

“Mr. Rhabbles had gone to the United Kingdom to study. He came on a Tuesday in 1995. I remember so well because I was in the studio recording ‘Satan Don Fall for Ground’. He came on Tuesday and said we were going to the Assemblies of God General Council Meeting. And it was there I was told I was being divorced,” she said.

Helena said when her ex-husband arrived from the United Kingdom the entire family went to pick him up from the airport and everything was okay.

According to Helena, they had issues before he travelled and because there were no telephones at that time, there was little communication.

“When he was leaving [for the UK] there were few things that were going on from the family side so it wasn’t all rosy,” she added.

She further stated that she really served her ex-husband so well and could confidently say Mr. Rhabbles has not met any woman like her since she was jilted.

Helena Rabbles is known for songs such as ‘Kokromoti’, ‘Macha Macha’, ‘So So Wonders’, ‘Ye Wo Oman’, ‘Animonyam,’ among others.

Watch her interview with Stacy below: