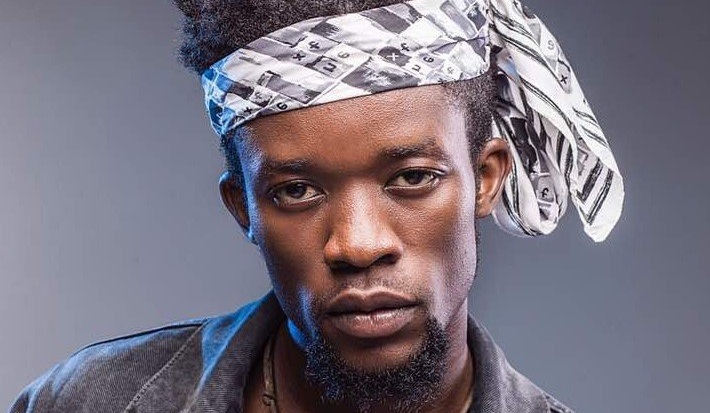 I have a special interest in this matter; not because I support Worlasi or I loathe the National Democratic Congress (NDC) but because I am an advocate of intellectual property laws.

I feel worried when I hear that an artist’s work has been infringed upon.

That is exactly how I felt when talented Ghanaian musician, Worlasi Langani, complained a few months ago that the National Democratic Congress (NDC), had used his song without his permission.

Worlasi in a video posted on his Twitter handle asked the NDC pay to pay him for using his song ‘One Life’ for a documentary that was played at the launch of the party’s manifesto.

“NDC, you didn’t help me make my music. You did not help me in any way in my life for me to create good music. I am not part of your manifesto so please do the right thing. Make sure you make to me the necessary payments. Do what is right and start wiring the money,” he said in a video.

Tag NDC … worlarmy let’s make that noise while I do mine behind the scenes !! We can’t be exploited !!! Love ❤️ .. pic.twitter.com/mIrWLcwP52

His rant on social media, although was seen as inappropriate by some people, caught the attention of the leadership of the political party.

I had an interview with Rex Omar who the Chairman of the Ghana Music Rights Organisation (GHAMRO) and also a spokesperson for the party’s creative arts issues, and he admitted that it was a copyright infringement.

He also promised that his party would compensate Worlasi for the infringement.

“What has happened is that I called them for a meeting to discuss what can be done and what we can give them. I mean, we will compensate them,” he said.

Rex added that it was a team in the party that used the song unknowingly and that they did not even consult him.

Since then, I have followed the matter keenly to keep updated on how it pans out and it appears if care is not taken, the matter will die a painful death.

For the many times I spoke to the NDC team negotiating with Worlasi, they told me that they were still in talks.

In fact, asiwomewrites.com once reported that Rex Omar said in an interview that a third party that owns the publishing rights to Worlasi’s song also came into the picture, meaning that they would also have to be compensated.

I have personally requested from Mawuko Kuadzi, the manager of Worlasi umpteenth times to update me on what was really happening with the matter but he declined. He kept telling me he would give me updates “by close of the day” but that never happened.

This is their own cuppa, but it also a big test case for the arts industry. So in as much as one may ask me to shut up and ‘chop my house matter’, it is also prudent that we acknowledge the gravity of the issue.

The fact that Worlasi and his management have zipped up on the matter after their initial rants on social media, brings a whole new dimension to this case.

Typical of Ghanaians, we have a short memory; we might soon forget about this matter and it will be ‘foolish’ case.

The serious aspect is that Rex Omar, who is a spokesperson for the NDC’s creative arts issues, is the Chairman of the Ghana Music Rights Organisation (GHAMRO), an institution that safeguards the intellectual property of Ghanaian musicians.

We live to see.